I'm not going to lie and say the last 6 years were some blur when I couldn't find time to blog. The first few months sure, I had posted that work was going to get -better-. It did not. In fact I entered a phase of life where I would get very little sleep. I barely had the energy to play games, let alone take the time to write about them.

As much as I had intended to return, time did what it does to all things and slowly eroded that. I think it's been about 4 years since I even thought about this place. Not forgotten, but hidden in the back of my mind. Like a high school sketch book it only existed in the past. 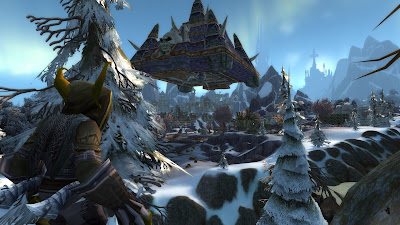 So what brings me back? It oddly stems from the downfall of Warcraft. The majority of my Warcraft guild are currently adrift, no longer anchored to the game that brought us together. Some lost interest last year in BFA. Some couldn't connect to the current expansion. Others had the lawsuit as the final straw. I joined this guild in 2019, and even without the game itself it is a group I feel attached to. On a personal note, WoW is not dead to me, I'm on break, but willing to return if and when it manages to improve itself.

In the mean time, small groups of us play different games. Each searching for something different. Pretty much all of the 'top 7' MMOs have some of my guild in it now, but none of the options tend to pull a majority.

Final Fantasy 14: I got into this one during it's Stormblood expansion, late 2017. The game has had lots of attention recently. Out of any other MMO, I believe this one is receiving the majority of WoW's Refugees, or at least the most vocal ones. I rate it highly, I always enjoy my time in it, but it's not without issues and I have issues sticking with it. I love and adore the story, I live the beast tribes and the little daily quest hubs, crafting was fantastic, group content is amazing. However, it's the downtime where I have issue. Where in WoW I would run battlegrounds or seek world pvp, that doesn't really exist here. I mean it -has- battlegrounds, in the same way that sleeping on the couch is sleeping on a bed. Or in the way tea gives the same caffeine boost as coffee. Sure on paper, it does the thing, but when one craves a coffee the tea just isn't going to satisfy.

There's also an issue with the combat. It's not the GCD and it's not the templates, I would actually say I really love the combat systems. What I struggle with is finding a class that's enjoyable. I mainly heal on Scholar, and in group content I -LOVE- it. It's an amazing class. But with the Shadowlands changes it's a bore when doing the story or any sort of open world content. I tried it's opposing side, Summoner. It's a bit complex for me, I've never been goof at classes that feel like 'playing piano', and as I get older my reflexes make it harder to keep up. I can do a serviceable job in group content, enough to get it done, but then in the world it's.... well it's 'clunky', a word usually useless but hear me out. The whole of summoner is built around a 2minute rotation through various phases. If you're constantly in combat, it flows, you switch through phases, you get burst off it works. But then you go in the world and the phases don't work. There's not much use activating a phase 10 seconds into a 15 second fight. So you start a phase on a new mob and maybe get 1 kill out of it, possibly 2 if another wasn't far off because that burst window ends before you can run over and tag it. 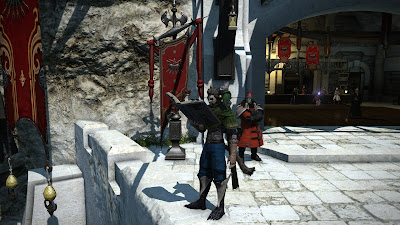 So I sub to and play FFXIV, but if I don't have a specific mission or goal in mind, I find myself not logging in for a while until a new goal arrives.

Star Wars: The Old Republic: I played this a fair bit back in February, I went on a spree and beat the remaining 6 stories and achieved legendary status. Swtor fails to be a world to me though. There's no difficulty to the content I've seen, there's no day/night cycle, crafting is not an active system. It -does- have pvp battlegrounds however, and they feel decent. I really look forward to the new expansion and it's revamp of combat classes. If you're out of the loop, weapon choice is being disconnected from story. Did you want to be a Bounty Hunter with a sniper rifle? The option is coming. To a degree it makes it hard for me to play now. I have character ideas I can't bring to life, and have little interest in playing a placeholder. 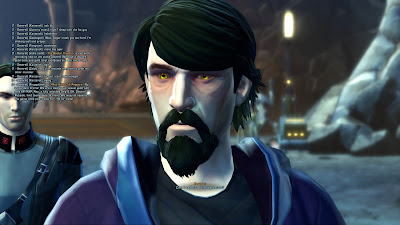 Guild Wars 2: I've been in Guild Wars 2 for a few weeks now. It scratches a very particular itch, the combination of exploration and completionism. A few days ago, I finished map completion of the base game. I had a blast doing it and currently... shuffling through story. It's not well written, it's not well told. I'm told it gets better, I'm only at the level 70 chapter. People told me they cried during some of the living world stories. I'll get through it, I want to see the improvements. Plus, GW2 has pvp battlegrounds. They're good, they're great. they're worry free. No gear, no levels, no care, make a level 2 character to try a class and hop into battlegrounds for the night. When my gear is better, I will attempt the World vs World. 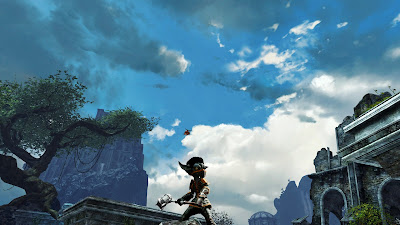 Elder Scrolls Online: It's been years. It was a major part of this blog at one point. I never finished leveling in that initial play, some things bothered me at my core. At some point in the past few years I would return briefly, I finished the story, and reached the point where the game was now about being a faction I did not choose. That was one of the things that had bothered me at my core. I hear that's gone now, in fact I hear it's pretty much an entirely different game. I had it install overnight, I don't know if I'll play today, but those in my guild who play it have said enough to spark interest. 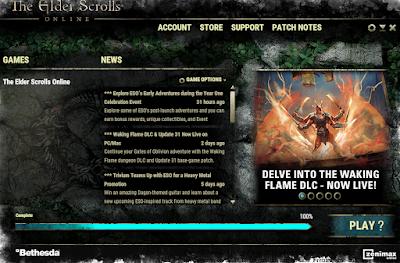 City of Heroes: I think it was 2019 when this game came back to me. It will have it's own post, by far my favorite on the list. Not enough can be said. I return time and time again. There's always a new character to make, always a story line I still haven't played, always a badge to earn. Oh yes, this one will need it's own post. 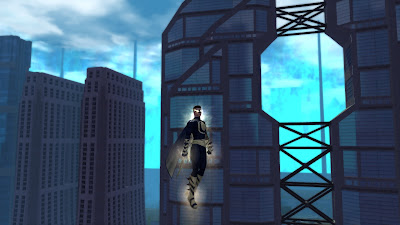