May was an odd month that presented much more multiplayer game time than usual. The roommate who works normal everyday 9-5 office hours had broken his arm, and as an animator, this left him unable to work for a few weeks.

While terrible, it meant we got a whole lot of good gaming in when I wasn't at work. Player 3, the other roommate has a bursary that will pay for the entirety of his schooling for this year, as long, oddly enough, as he is unemployed for the summer. Player 4 would alternate between roommate 3 and friend B.

That unfortunately is ending. Roommate 1 is back to work 9am-5am and as of next week my shifts are changing to 5pm-1am. Disclaimer, with my sleep disorder these hours will do wonders for my health and I'm very excited work has agreed to push me into the evening. But my spree of multiplayer is over outside of weekends.

So it's time to return to solo gaming and find something to immerse myself in. Two games that I can play either with friends or solo are Smite and Heroes of the Storm. When I first entered the Smite Alpha, there were 10 gods. Far fewer than the 66 available today. One of those 10 was Anubis, he was my first main, one I still returned to now and then. 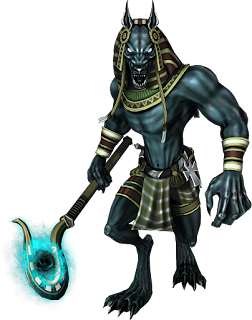 However, he has remained unchanged since that day. Despite the game NUMEROUS graphical updates and style changes, Anubis has always been the same, until now. 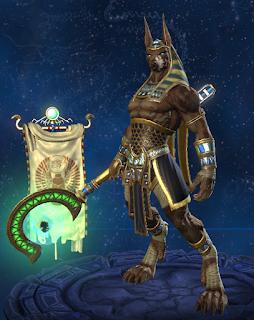 Anubis finally got a visual overhaul, and I actually really enjoy it. He plays the same, but the new modal and animations make him feel far more responsive and he's been a blast to return to.

In terms of Heroes of the Storm, I've taken a liking to Falstad. Heroes feels different enough from Smite that I can play one without getting burned out on the other, like how I used to swap between WoW and City of Heroes they both have different aspects I like while being vastly different flavors. I feel what it does different has been talked about to death at this point, but it fixes everything I hated about conquest mode from Smite.

When I feel like a game with lanes and towers, It's heroes, when I want 3rd person combat arena, Smite.

But this post is about wanting a single player game, Heroes and Smite can be played alone, and I do. However, they are both far better with friends, so what to play on my own time? Should I return to WoW and try to find a late evening social group? Should I try and get on Ark: Survival Evolved?  I'm very open to suggestions at the moment. I want to sink my teeth into something and I'm frankly drawing a blank when I try to think of where to go so... thoughts?
Posted by McJigg at 01:23